Well girls, by the time you read this you may well not remember 2020 very well. Or for Luna, at all actually.

But it’s been a rough six months. This pandemic and political environment has brought the worse in people.

Your two grandmas have had a rough patch. Wita Mari had hip replacement last week and has not recovered. Just today your home had to leave you two with me and rush to her home as she was told things were not good and your own grandma called for her. When she got there. You mom immediately called 911. She wasn’t very responsive and her instinct set in. She’s still in the hospital as they try to figure out what’s going on.

Your Wita Josefina is also in the hospital. I dropped her off yesterday and had a right knee replacement surgery. It should of been at 2pm and it didn’t start till 7pm and ended at 11:45pm. It was quite an ordeal. Her knee was inflamed and low circulation so it was a difficult surgery.

She’s recovering and they stood her up today to move her around noon. She’s in a ton of pain and on morphine. But hoping she’ll pull through.

It sucks growing old girls. It really does.

For now, we’re taking in both of your loving souls and using it as the best possible medicine both for us and for your two Witas! 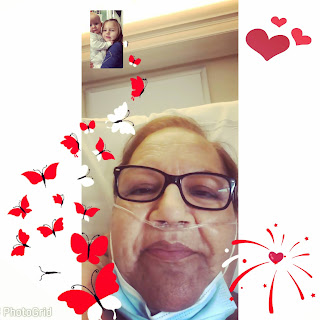 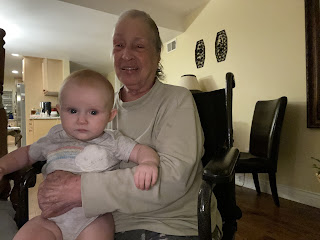 Posted by PigLoveSeven at 7:44 PM