I’m the President of Law & Order

Trump has been on a roll lately. Today after seven days of the killing of Greg Floyd he finally held a press conference to address the crisis. What should of been a message of understanding and empathy, he heavy-handedly threatened everyone. Then proceeded to host an aloof phot opp with a bible at St Johns church.

Looting and burnings seem to have been quenched tonight with the added force of the National Guard.

Valentina’s quench for testing our sanity is another story. She continues struggling with her teething. The rattle is slowly being dominated. She has mastered pounding the rattle with her right arm like a true warrior. This hiccup is causing her to wake up more than usual so we’re managing the diminished sleep time.

Today would have been my Father in Law’s 79th Bday. He’s be so proud of his 5th granddaughter. We miss him. 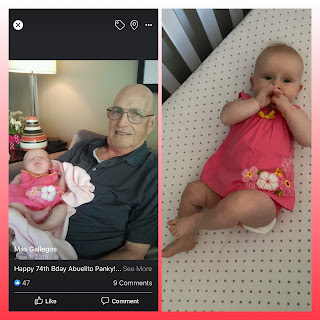 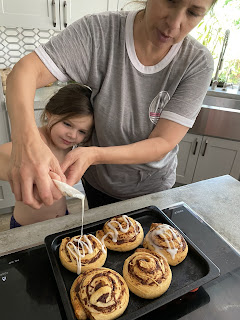 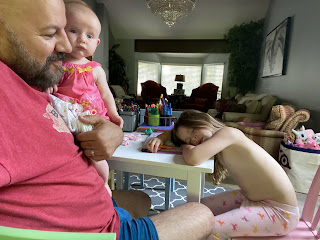 Posted by PigLoveSeven at 8:49 PM