End of an Era

Today I packed up my office in Long Beach.

Many so many memories there. Came back to that office in 2014 with Alicia almost 9 months pregnant after having lived in Dallas almost 5 years.

One of my conference rooms was named in memory of Sue Mullins. My former boss and reason I was brought back to SoCal. She unexpectedly passed away in late 2013.

We’re moving closer to my house which is awesome. It’ll be next to my other office now, John Wayne airport.

Also went to a friends drive by Bday party. A first for us and pretty cool. V enjoyed making the flyers.

Big day in the am as my presentation to management went pretty good too.

All in all a dull day. Wound down the evening by watching Becoming on Netflix with the wife. She loves Michelle Obama. I lived my Jack n Coke. 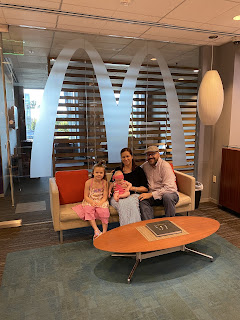 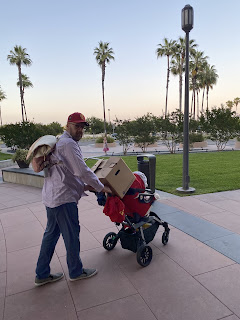 Posted by PigLoveSeven at 9:51 PM