So four days past due date means doing everything known to induce labor.

While wife refused to drink castor oil, she was willing to try other proven methods.

A good friend today came over to help in that department by doing some acupressure sessions known to induce labor.

That stuff is pretty crazy. I was there for somebody the sessions and the baby totally reacts to the pressure point by moving and squirming. Pretty impressive.

The hospital called and they wanted her to come in again today even though she was no longer scheduled to come in for fetal monitoring. They found some variances they wanted to double check.

Turns out when this happened when V was born, she was sent from fetal monitoring directly to triage to deliver the baby.

So we were ready for that to happen again. But it didn’t. All checked out A ok. Since we were at the hospital, we did the mandatory bloodwork required for delivery.

Today was an absolutely beautiful day almost in the 80s. The view of the beach from the fetal monitoring room was spectacular.

V also decided to announce she was pregnant too by placing a Hatchimal egg shell in her belly. Five year olds say the darnest things.

Then the lazy tooth fairy decided to finally pay up V’s first fallen and MIA tooth loss. (The tooth fairy demanded V write a letter explaining where the missing tooth was). Last night right after being placed in bed she frantically woke up crying along to had to write the letter to the tooth fairy. She she did and the tooth dirt paid up. Needless to say, V woke up dancing and yelling how much money she had received from the tooth fairy. Five gold dollar coin nd five dollar bills for her age five.

Wita Josefina came over in the evening to celebrate Día de los Reyes Magos by cutting the rosca. A tradition I want to instill in my girls just as it was in my childhood.

Hoping all the work this week to evict baby from womb kicks in soon! 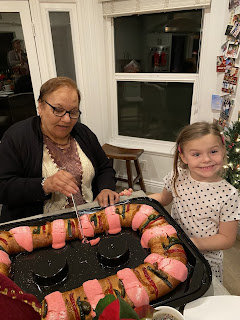 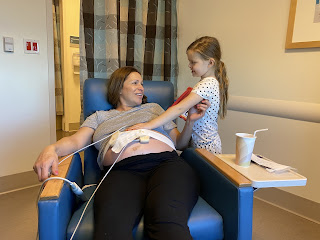 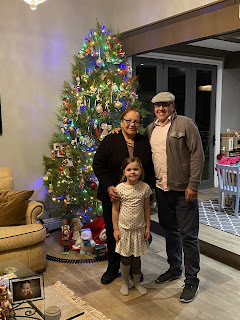 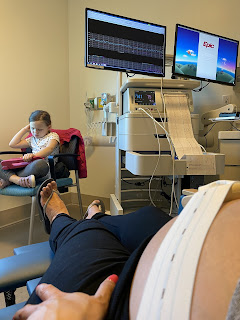 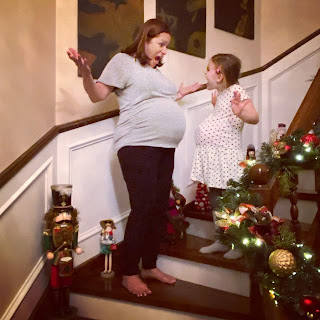 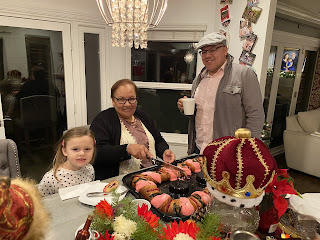 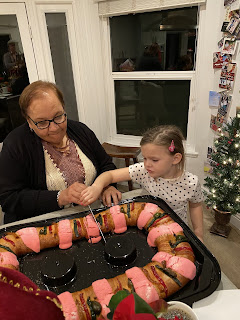 Posted by PigLoveSeven at 9:59 PM