The highlight of today was taking V to the US Open championship in New York with now other than Serena Williams. What a treat!

I’m sure baby was also cheering her on since she can now listen to everything!

The icing on the cake was that V was featured on TV three times during the game. Coolest thing ever.  She’s played tennis before so she was completely into it. Dancing caught the attention of the production crew. At the end, they did a dance off with her and a other kid. Of course V won and the entire stadium was cheering her on.

Needless to say, she became a celebrity at the end. People were high-fiving her and taking pics with her.

One night to remember for sure! 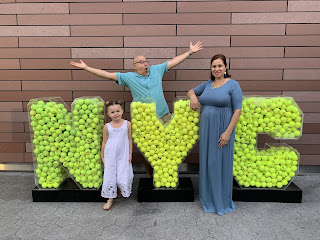 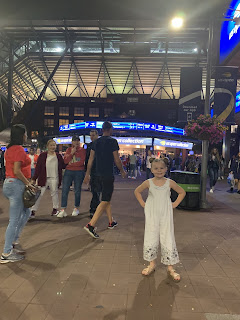 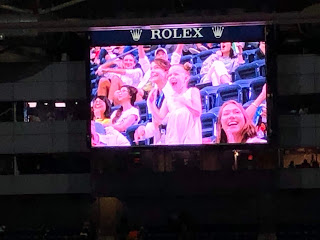 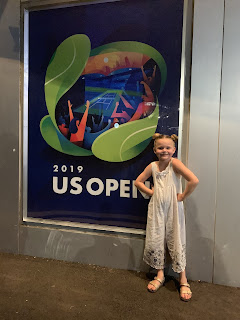 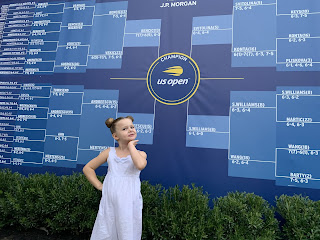 Posted by PigLoveSeven at 9:04 PM No comments: