This is a fascinating article published in the New York Times on Parenting this past June by Dr. Anna Machin.

This article speaks to how the Dad’s body changes.

And here you were doubting and making fun of this Pregnant Husband!

How Men’s Bodies Change When They Become Fathers

Hint: They don’t just get ‘dad bods.’
By Anna Machin
As an anthropologist who studies human fatherhood at the University of Oxford, I’ve run up against a widespread and deeply ingrained belief among fathers: that because their bodies haven’t undergone the myriad biological changes associated with pregnancy, birth and breastfeeding, they’re not as biologically and psychologically “primed” for caretaking as women are.
As a result, they feel less confident and question their abilities to parent: Will they be “good” parents? Will they bond with their babies? How will they know what to do?
As my own personal and professional experiences dictate, the idea that fathers are biologically “less prepared” for parenthood is unlikely to be true. Much of the role of parenting is not instinctual for anyone. (I remember the steep learning curve of those first days of motherhood — learning what each of my baby’s cries meant, mastering the quick diaper change and juggling the enormous amount of equipment necessary just to make it out the door.)
And while the biological changes fathers undergo are not as well understood (nor as outwardly dramatic) as those of mothers, scientists are just beginning to find that both men and women undergo hormonal and brain changes that herald this key transition in a parent’s life.
In essence, being a dad is as biological a phenomenon as being a mom.

Take testosterone, the stereotypically “male” hormone that plays important roles in male fetal development and puberty. Testosterone is largely responsible for motivating men to find partners and, studies suggest, men with higher levels of testosterone tend to be more attractive to potential mates. But being a successful human father means focusing inward on the family and resisting the drive to seek out another partner. So, experts believe, men have evolved for some of that testosterone to go.
In a pioneering five-year study published in 2011, for instance, Dr. Lee Gettler, Ph.D., an American anthropologist, followed a group of 624 single, childless men in the Philippines from age 21 to 26. Dr. Gettler found that while all men in the study experienced normal, age-related dips in testosterone, the 465 men who became dads during that five-year period experienced a more significant drop — an average 34 percent (when measured at night) — than those who remained single or married.
Globally, study after study — including my own unpublished findings in the United Kingdom — have found similar results, noting that this reduction in testosterone can happen just before and just after the birth of a man’s first child. And while it isn’t clear exactly what prompts this drop, Dr. Gettler said that his own preliminary results suggest that the more dramatic the drop, the bigger effect it seems to have on a man’s caregiving behavior. “We found that if brand new fathers had lower testosterone the day after their babies were born,” said Dr. Gettler, “they did more caregiving and baby-related household tasks months later.”
While news of this drop in testosterone is often greeted with groans of resignation from men — choose fatherhood and choose the road to emasculation, they think — some studies have suggested that the lower a man’s testosterone, the more likely he is to release key reward and bonding hormones, namely oxytocin and dopamine, when interacting with his child. Caring for your child, therefore, produces not only a strong bond but a neurochemical reward, inducing feelings of happiness, contentment and warmth — a welcome trade-off.

The brain also appears to undergo structural changes to ensure that fathers exhibit the key skills of parenting. In 2014, Dr. Pilyoung Kim, Ph.D., a developmental neuroscientist at The University of Denver, put 16 new dads into an M.R.I. machine: once between the first two to four weeks of their baby’s life, and again between 12 and 16 weeks. Dr. Kim found brain changes that mirrored those previously seen in new moms: Certain areas within parts of the brain linked to attachment, nurturing, empathy and the ability to interpret and react appropriately to a baby’s behavior had more gray and white matter between 12 and 16 weeks than they did between two and four weeks.
Dr. Kim believes this bulking of the brain reflects a ramping up of the skills associated with parenting — such as nurturing and understanding your baby’s needs — and the inevitably steep learning curve that both new moms and new dads have to surmount. In particular, because men do not experience the hormonal surges that accompany pregnancy and childbirth, “learning how to emotionally bond with their own infants may particularly be an important part of becoming a father,” Dr. Kim suggested. “The anatomical changes in the brain may support fathers’ gradual learning experience over many months.”
But while both new mothers and new fathers show activation in the brain regions linked with empathy and understanding their child’s emotional state and behavioral intentions, a 2012 study by neuroscientists at Bar-Ilan University in Israel suggested that the parts of the brain that light up the most are startlingly different for each parent. For moms, regions closer to the core of the brain — which enable them to care, nurture and detect risk — were most active. But for dads, the parts that shone most brightly were located on the outer surface of the brain, where higher, more conscious cognitive functions sit, such as thought, goal orientation, planning and problem solving.
Dr. Shir Atzil, Ph.D., a psychologist at The Hebrew University of Jerusalem in Israel and lead author of the study, believes — along with Dr. Kim — that dads’ brains have adapted in similar but different ways to ensure that they can bond with and care for their babies, despite not having given birth to them. Meaning both mothers and fathers are primed to “demonstrate similar levels of motivation and attunement to the infant,” said Dr. Atzil.
Beyond this, the differing areas of brain activation may reflect a difference in role, and different but equally strong attachments, between mothers and fathers. It is a cliché that children run to Mom for a hug when they’re hurt, while Dad is the “fun” parent. But evidence suggests that mothers and fathers get different neurochemical “rewards” after certain parenting behaviors, eliciting these differences in stereotypes.
Dr. Ruth Feldman, Ph.D., a social neuroscientist based in Israel, published a study of 112 mothers and fathers in 2010 which found that peaks in oxytocin (and by association, dopamine) occurred for women when they nurtured their children. In contrast, the peak for men occurred when they took part in rough-and-tumble play. Because young children’s brains seem to mimic the same oxytocin levels as their parents’ — meaning they’ll get a similar blast of feel-good oxytocin when playing with Dad and when being nurtured by Mom — they’ll be more likely to engage in that behavior over and over again specifically with that parent, which is critical to their development. Rough-and-tumble play not only cements bonds between father and child, but also plays crucial roles in a child’s social development.
There are, of course, many questions still to answer in the relatively new field of the biology of fatherhood. After 10 years of study, we now need to replicate our findings on larger and more diverse groups. But if I get the chance, I tell new fathers that evolution has primed them to parent just as it has primed women. Biology has their back.
Dr. Anna Machin, Ph.D., is an evolutionary anthropologist based at the University of Oxford. She is the author of “The Life of Dad: The Making of the Modern Father.” 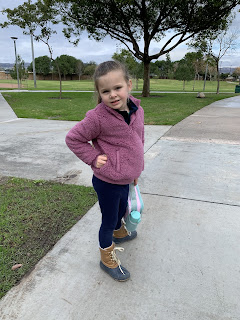 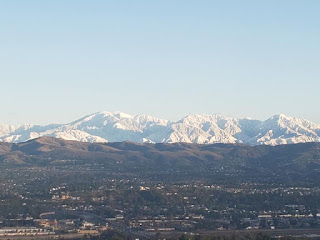 Posted by PigLoveSeven at 8:29 PM