Step Out Of Line

Actress Alex Bornstein won best supporting actress for Mrs. Maisel at the Emmy’s this past Sunday. In her acceptance speech, she gave a powerful acceptance speech where she said how her Grandmother stepped out of line while in a concentration camp to be killed. Without her courage of having stepped out of that line, she wouldn’t be standing up their being recognized for her successes.

I reflected on that statement. Profound and steadfast powerfully delivered. Do we oftentimes have the courage to step out of line to do the right thing?

In other news, Pelosi officially announced proceedings to impeach President Trump. We live in a volatile and divided society.

We need to do our best to do the right thing, stand up, and step out of line when we need to.

I’m doing the best I can to raise a girl that is strong, grounded, and decisive. Introducing her to role models who have excelled in their craft is a great start to plant the seed of inspiration and example. 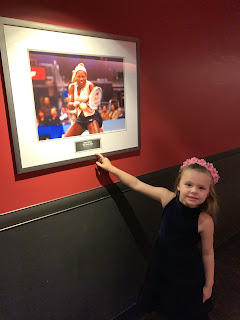 Posted by PigLoveSeven at 6:55 PM