Lotsa stuff going on. At Costco today Mommy feeling some sciatic type pain in lower back which is apparently normal. She feels tons of bricks which is expected as baby is growing fast.

Uterus is officially the size of a soccer ball.

Baby is weighing about 1.5lbs and is about 13 inches long.

The interesting thing according to new research is that the baby’s nose is now starting to work so she can smell things now.

The baby can also be startled now which is just in time for 🎃Halloween! 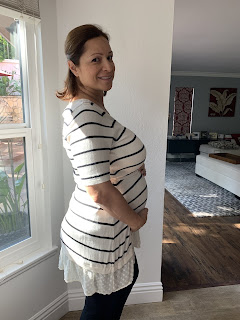 Posted by PigLoveSeven at 7:10 PM