Noticing some finicky changes in Victoria.

Yesterday, she was the eating beast. She could not get enough!

Today was a first that she was fussy. She would eat a little, cry and want to eat again. But in episodes and not in one sitting like before.

I think it has to do with us supplementing her breastmilk with formula. This is happening because she is a bottomless tank for milk.

Poor wife is pumping to keep the milk production going but Victoria can't get enough.

I distracted her voracious thirst for milk by having her tune in to the Mexico vs Brazil World Cup match where it was 0 to 0. But a great game played especially by Memo Ochoa the goalie for Mexico who blocked several potential Brazilian balls.

Victoria was engaged and very expressive during the 90 minute nail-biting game. But don't take my word for it.... 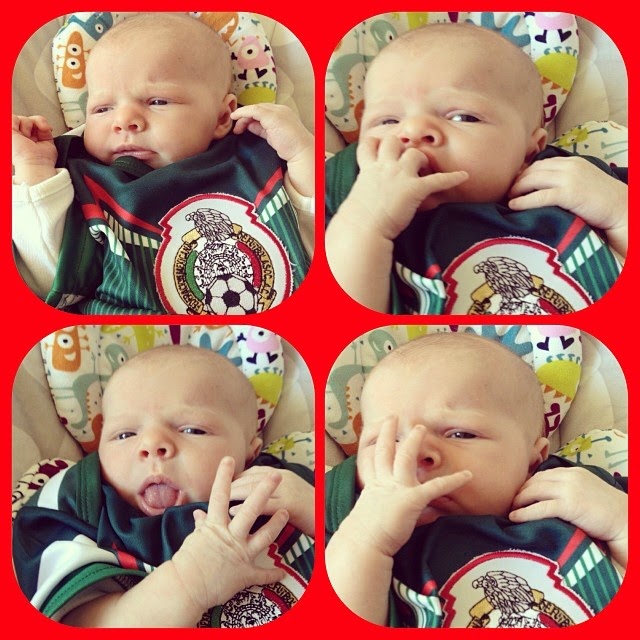 She enjoyed sitting down with dad while she gave mom a break from her bedrest milking feeding fest. As soon as the game was over, she resumed her milk tantrum demands.

Also had a chance to visit with Sam and finalize things for AH. Things look great. Now maybe wife can start furnishing the nursery.

The coolest thing is that mom once again come over to deliver some homecooked meals. Love mom, she has this innate intuition on things like this. And of course she had the chance to bond with her grand daughter.