Falling in Love for the First Time

A friend said it best today. Being new at this parenthood business. Having a baby is like falling in love for the first time. You just can't explain it. It just is a beautiful thing.

One of the things I most enjoy is holding V in my arms and just feeling her next to me. Her warmth, her snuggling instinct, her funky noises coming out of her mouth, her smell, her legs twitches, her arms swaying all over with no rhythm, her hands fully open with all fingers fully extended....it just doesn't end I could go on and on.

I love laying her next to me in bed after she is fed. She immediately enters into a milk coma. I love just staring at her. Even during sleep she makes faces and seems to enact her dreams. 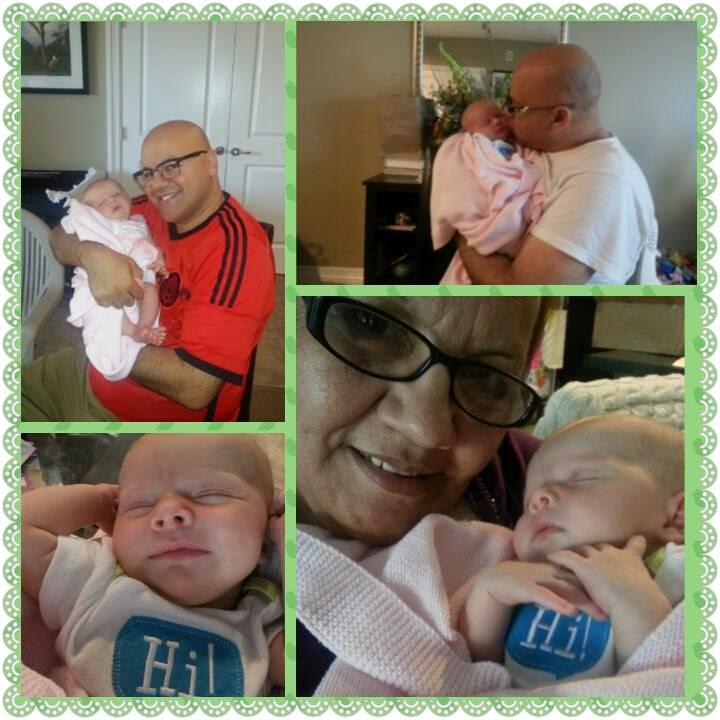 I wait for the moment when she begins to smile and react to us. True Love.

***
TRUE LOVE (A Doctor's note)
It was approximately 8.30 a.m. on a busy morning when an elderly gentleman in his eighties arrived to have stitches removed from his thumb. He stated that he was in a hurry as he had an appointment at 9.00 a.m. I took his vital signs and had him take a seat. I knew it would take more than an hour before someone would to able to attend to him. I saw him check his watch anxiously for the time and decided to evaluate his wound since I was not busy with another patient. On examination, the wound was well healed. Hence, I talked to one of the doctors to get the supplies to remove his sutures and redress his wound. We began to engage in a conversation while I was taking care of his wound. I asked him if he had another doctor's appointment later as he was in such a hurry. The gentleman told me no and said that he needed to go to the nursing home to have breakfast with his wife. I inquired about her health. He told me that she had been in the nursing home for a while as she was a victim of Alzheimer's disease. I probed further and asked if she would be upset if he was slightly late. He replied that she no longer knew who he was and she had not been able to recognize him since five years ago. I asked him in surprise, "And you still go every morning, even though she doesn't know who you are?" He smiled as he patted my hand and said, "She doesn't know me, but I still know who she is." I had to hold back my tears as he left. I had goose bumps on my arm, and I thought, "That is the kind of love I want in my life." True love is neither physical nor romantic.
True love is an acceptance of all that is, has been, will be, and will not be.
Posted by PigLoveSeven at 8:43 PM