21w1d: Baby G is ONE POUND & FIVE days ahead of schedule

Since we missed the big 20 week appointment, today was the rescheduled session with the doctor. At this appointment they do a thorough scan and analysis of the baby and all of his or her organs and take all sorts of measurements. The ultrasound took longer than usual, about 30 minutes since they had to check a whole lotta things. Luckily, there was Sarah, a nurse in training which we allowed to be in the ultrasound room. Which meant even MORE time to see the baby. So all in all we were watching the baby for about 45 minutes. It was shared with us that babies HATE the ultrasound so they tend to move more as they want to move away from it given the pulsations it emits. We were concerned if at any way it's harmful to the baby. Apparently there is no medical or scientific data that shows ultrasounds to be harmful to the baby. They just do not like the sensation of the pulsating emission.

The most impactful was the fact that Wendy shared two things: 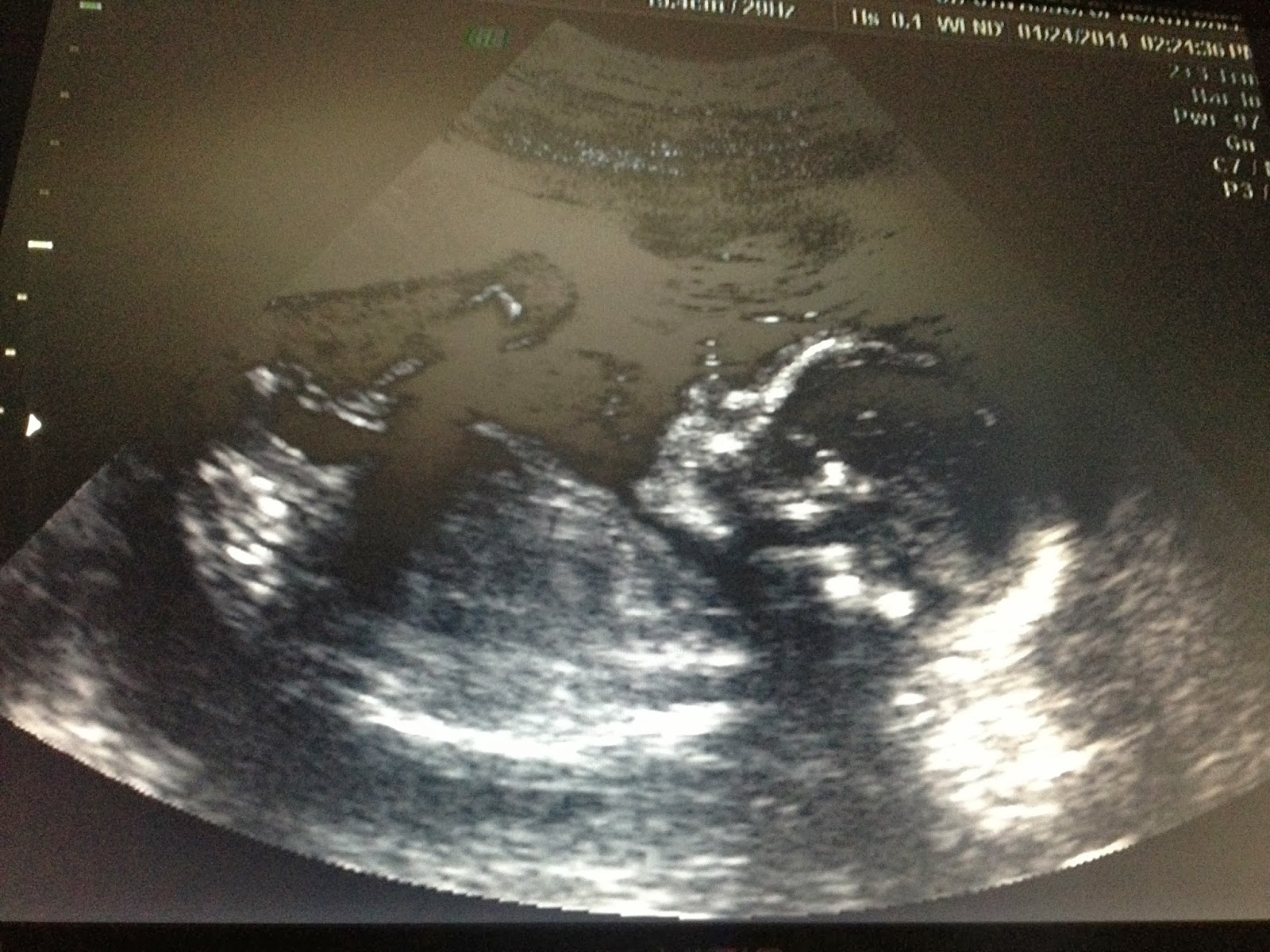 Pretty awesome! We also found out that the baby is FIVE DAYS ahead of schedule in his development at 21w6d. This means that in his gestational age, he is growing 5 days ahead of where he should be. So he is a grower and its a great sign of a healthy happy baby.

It was a bit weird seeing his brain and his 4 heart chambers. It is totally visible. So they took a zillion measurements like that. Apparently all those measurements fall into a formula of acceptable measurements and tell them all sorts of data about the health and growth of the baby.

The cool thing about where we are going is that they are very high tech. Everything is high definition and technology is everywhere. Even in the examination room. Love it.

Ironically, the wife's doctor is Dr. MacDonald. What are the odds of that! Pretty cool doctor. Here is the doc giving the wife the English version translation of all the measurements done on the baby. 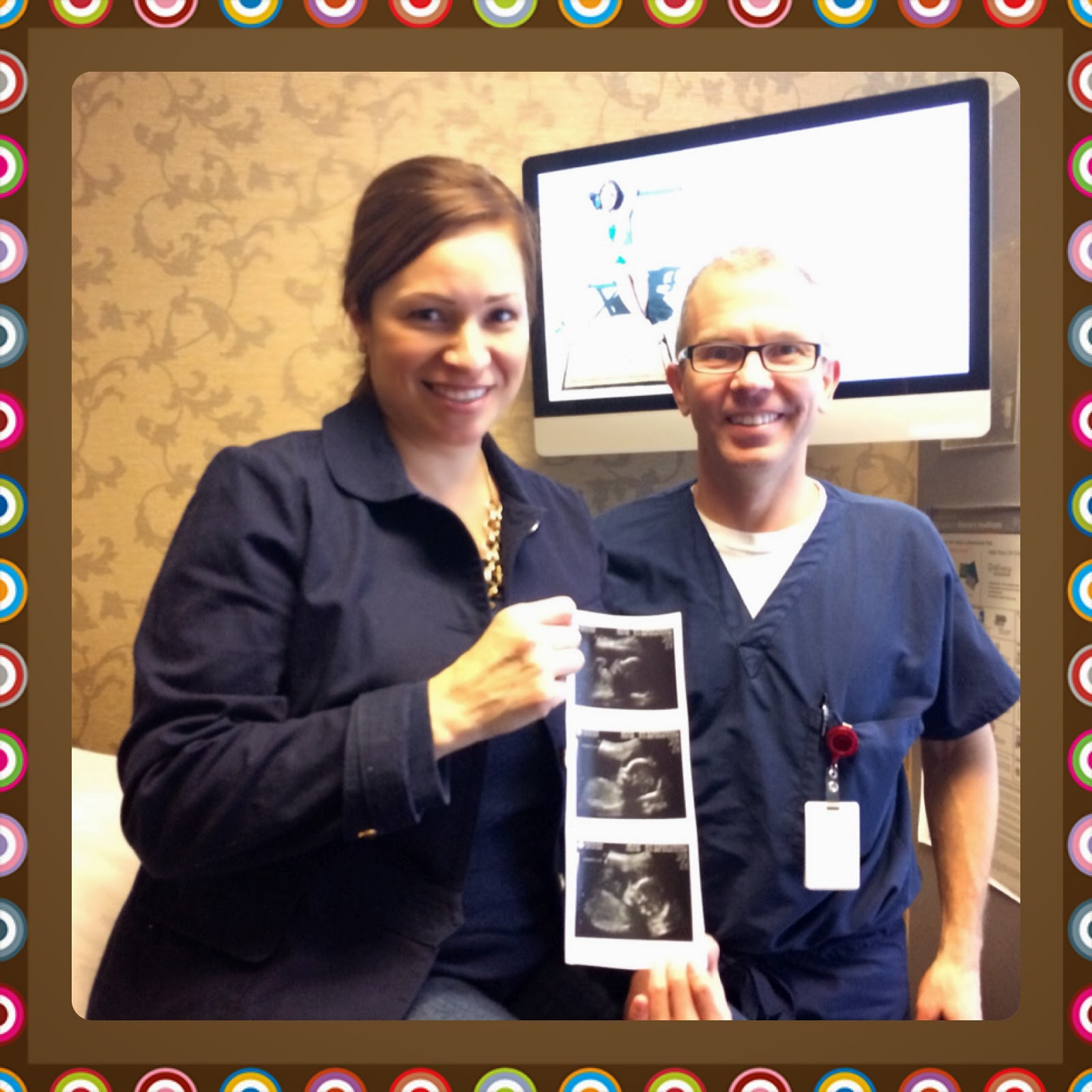 Ok, on the baby's sex. They clearly found out that it is a boy.....or girl. However, since we still are in agreement that we want to keep it as a surprise until birth time, they printed a photo and sealed it in an envelope for us.

I sure hope the wife doesn't crack and open the envelope!!!

In the photo you if you look closely, you will see the profile of our BIG BABY! Wow, can't believe I just wrote that. Gotta say that the nose is just beautiful too.

They also checked out the baby's heart and it was pumping at a nice 146. I will post some cool video and other pics in other posts as soon as I get them approved by my editor in chief (who also happens to be the one carrying our little bundle of love). Let's say she is more of a censurer than editor. But gotta respect the wishes of my lady.

The humidifier is not working as her nose continues to be stuffy. The doctor told her to expect that to stay with her throughout. I do appreciate some of you reaching out with tips on how to handle that.

The one other symptom that has popped up that can't be explained and the doc doesn't seem to be worried about is that her right arm often feels numb or a tingling sensation from her fingers all the way to her shoulder.

Doctor said it was probably a pinched nerve in her neck or back that is bugging her. Would love feedback if anyone has experienced that with a pregnancy. I thought it was a sign of heart issues. But the doctor said it would be the left arm if that were the case.

Late last night the wife woke me as she felt a couple consecutive flutterings below her belly button. That meant the baby was extra active. Let's see if he does the same tonight....