First full day with my mama here. So nice to catch up and start where we left off.

It's also my in laws 51st wedding anniversary. Now THAT is something worth celebrating. 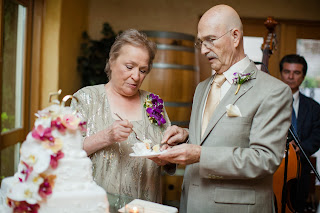 The day was spent trying to alleviate some of the culprits of the stuffy nose pregnancy factor. In short, Isela drove the madness of today as we secured a good air purifier for the bedroom in order to help her with the continuous case of stuffy nose. The doc said that it was normal in the second trimester (as well as to expect a lot of headaches). And that she's had. (so for the record, I can't be blamed for causing them)

She was in bed most of the day due to the horrid headaches. She is drinking plenty of water so that can't be to blame. Hopefully they will subside soon. She got breakfast in bed today from Chef G (me!)....then again, maybe it's my servings that are causing it (can't be called cooking though since I am not at that level). Hmmmm.

A good dose of Sonos today to get her spirits up. Ahhh, and let's not forget those craveable Ramirez Tamales. Yumilicious!